On the ocassion of 72nd Republic Day, the Union government has declared the highest civilian awards ‘Padma Shri Awards’ in the nation. Among the 119 awardees in the list, four people from the Telugu states of Andhra Pradesh and Telangana were recognised.

Rama Swamy Annavarapu, Prakasarao Asavadi and Nidumolu Sumathi are based out from Andhra Pradesh while Kanaka Raju hails from Telangana. Prakasarao Asavadi has been listed out in the arts and literature category wherein the rest three legendaries have been entitled under the Arts category.

On this special moment, Andhra Pradesh Chief Minister Sri YS Jagan Mohan Reddy has felt jubilant and congratulated the recipients of the prestigious Padma Shri Awards. He said, “The Awardees had made Andhra Pradesh proud by their immense contribution in their chosen field and the recognition is an acknowledgement for their accomplishment.”

Rama Swamy, who is a first generation classical Indian violinist from Andhra Pradesh was born in 1926 in Somavarappadu, Eluru. The 96-year-old has trained numerous students in multiple music instruments such as violin, flute and the Veena at a free of cost. He is known to have discovered new Ragas and Talas such as Vandana Raga, Sri Durga Raga and Tinetradi Tala and Vedadi Tala.

Nidumolu Sumathi is said to be the first woman in India to outperform the male-dominated field of mridangam players. She is married to popular mridangam player Dhandamudi Rama Mohana Rao. She has also associated with AIR.

Kanaka Raju from Adilabad is an expert of Gusadi, a tribal dance form. Raju has trained several poor adivasi teenagers and youth in Gusadi for over four decades. He performed in several festivals and occasions like Republic Day in the presence of former prime minister Indira Gandhi and former president APJ Abdul Kalam.

Dr Asavadi Prakasarao, who hails from Anantapur district of Andhra Pradesh, is a Dalit Hindu author known for his poetry and prose works who also unraveled and introduced Tamil and Sanskrit literatures. He has authored around 50 books in numerous genres that include prose, poetry, anthologies and commentaries. Barring Four Sectors, PSUs In All Sectors Would Be Privatised: PM... Vaisshnav Tej-Krish Film’s To Hit The Screens In August! 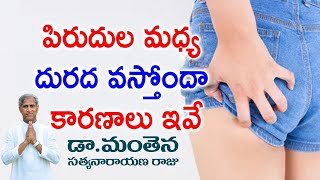 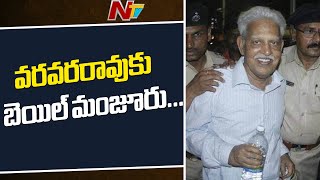 Virasam Leader Varavara Rao Gets Bail after One Year Jail