Dubbaka by-election is very crucial for TRS who are facing too much negativity among the Telangana people and the BJP is ready to pounce on any opportunity at the same time to gain momentum in this pre-poll period.

The election commotion started in Dubbaka even before the notification of the election was released. Recently, the TRS party had a bitter experience in the Dubbaka constituency. The confiscation of the TRS MLA by all the villagers together has become a topic of discussion.

A TRS meeting was held on Sunday in Thoguta Mandal, Venkatrao Pet in Dubbaka constituency. Andol TRS MLA Krantikiran, Mandal President Siliveri Mallareddy participated in the event. During the meeting, a man named Kanakaraj deposed MLA Kranti Kiran and Mallareddy for not giving him membership in the TRS party.

It is learned that the MLA got his hands on him during an altercation between the two on this occasion. Reports are that Kranti Kiran actually slapped the TRS follower named kanakaraj. This made the villagers angry and they confiscated the MLA where the latter apologized to the villagers and left the scene. Later MLA said that he hasn’t hit the follower but talked with him peacefully by placing his hand on the follower’s shoulder and the scene was misinterpreted.

Now, the TRS party which is lagging behind in popularity in Dubbaka is shell shocked by this latest incident though the MLA says that he did no mistake. Let’s see how this incident influences TRS’s chances in Dubbaka Bye-elections. 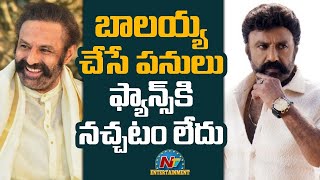