The NCB is going to interrogate Rakul Preet Singh on Friday, (September 25th). The NCB on Thursday said that actress Rakul Preet Singh has acknowledged the summons sent to her to join the probe being conducted by the agency in connection with the drug angle in actor Sushant Singh Rajput’s death.

According to the reports, she has already landed in Mumbai on Thursday and would consult her lawyer before attending the interrogation. Sources say that she will be questioned about how and from whom she procured drugs. Another question she may face is that whether the drugs were meant for her own consumption or for someone else.

A news agency quoted that Rakul had approached Delhi High Court against the media trial, after her name cropped up in the drugs case. ANI reported that, “Bollywood actor Rakul Preet Singh, whose name also surfaced in drugs-related matter in Sushant Singh Rajput death probe, approaches Delhi High Court against media trial. She through her lawyer submitted that media reports being run in contravention with I&B Ministry guidelines.”

It is learned that, Deepika Padukone has been called to record her statement on Friday. Sources say that Deepika Padukone along with her husband Ranveer Singh, arrived in Mumbai from Goa last night. Sara Ali Khan and Shraddha Kapoor will be questioned on Sunday. Fashion designer Simone Khambata, was summoned by the NCB on Thursday.

NCB has already arrested actor Rhea Chakraborty and her brother Showik Chakraborty for their alleged role in procuring and administering drugs to Sushant Singh Rajput. Rhea and Showik will be under judicial custody till October 6th. The Narcotics Control Bureau has described Rhea Chakraborty as an active member of a drug syndicate.

Is there any solution for the Jagan-Nimmagadda controversy? 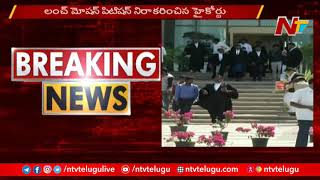 18 More Succumb To COVID-19 In Andhra