With each passing day, the number of coronavirus cases are increasing. Telangana’s coronavirus tally increased to 2,22,111 and the toll touched 1,271 with the addition of 1,436 new COVID-19 cases and six deaths.

The state government said on Sunday that, the cumulative recoveries increased to 1,98,790 while there were 22,050 active cases in the state.

The Greater Hyderabad Municipal Corporation (GHMC) areas accounted for the most number of the new cases with 249 people testing positive, followed by Rangareddy (110) and Medchal Malkajgiri (105) districts, it said.

As many as 41,043 samples were tested during the period, taking the aggregate of specimens examined so far to 38,30,503. Samples tested per million population was 1,02,915, the bulletin said.

The case fatality and recovery rates in the state stood at 0.57 per cent and 89.5 per cent respectively as against 1.5 per cent and 88 per cent at the national level, it said. A total of 18,279 people were in home or institutional isolation. Why are all celebs flocking to Maldives in Particular? Why is TDP not taking GHMC polls seriously? 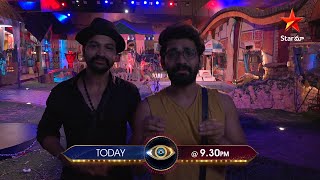