Advertisement
Home News Eenadu considering this too much personal? 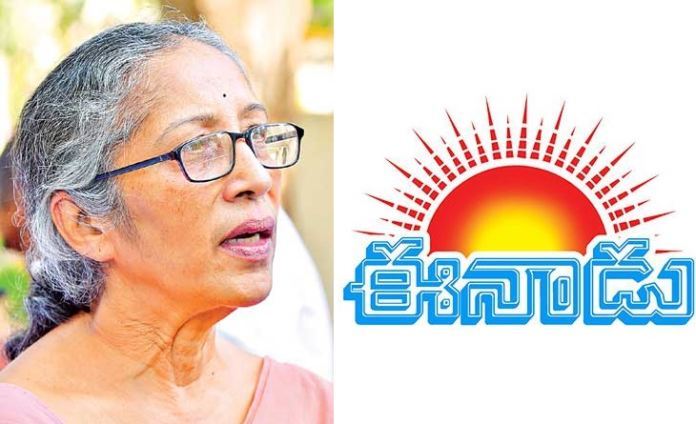 It is known that the TDP supporter or worker Ranganayakamma posted hate messages against the ruling YSRCP government for which she was questioned by CID and we will all agree that it is quite a topic.

The way Enadu daily represented this issue is quite surprising and they have given so much importance to this CID questioning. After all they acted to their convenience by not mentioning her as a TDP fan and proved again that its stand will not change and it will continue the mudslinging on Jagan.

This so-called largest circuited daily in Andhra Pradesh took so much care to manipulate the readers that Ranganayakamma only expressed the public opinion and there is no personal or political agenda behind those statements.

Eenadu made it as their own agenda to project Ranganayakamma as another victim of the YSRCP government ruling out the involvement of the TDP in this entire issue. Another interesting thing in the news is that Ranganayakamma gave an intelligent answer to CID. Probably it may be the suggestion of lawyers.

She also said that her intention is not to post hate messages against the government but she just wanted to convey people’s opinions. How come a person like Ranganayakamma is aware that the ignorance of the law doesn’t equate to criminality but it is plain ignorance and she can get away from the hatred-spreading messages if there are no big wigs behind her.

So, these dailies should stop taking things too personal in these sensitive issues if they don’t want to mislead the people in the wrong way only to witness the ill-effects of some biased news. No ‘Wow’ Moments For Kajal With Her New Husband!