SANGAREDDY: Finance Minister T Harish Rao criticised the country’s economic situation and said it has been deteriorating since the Bharatiya Janata Party took over the helms at the Centre.

He took part in an election campaign held at Bharatinagar of Ramachandrapuram mandal in Sangareddy district on Tuesday.

He attended a huge bike rally in Bharatinagar division and addressing the youth said, the progress made by the Central government was visible only on social media.

The BJP government, which scraped large denomination notes and promised to bring back the black money from abroad has failed so far, he said.

The Minister said the Centre always showed step-motherly treatment towards Telangana. He said that the Telangana government was working hard to setup industries in and around Patancheru, which would provide employment opportunities to the youth.

Harish said the Centre had given Rs 600 crore to Bangalore and Rs 500 crore to Gujarat for floods, however, have not given a single penny to Telangana.

The Minister expressed confidence that the TRS would win in the three divisions of Patancheru constituency. 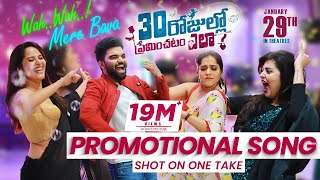 A Tollywood action star denies to pair up with Raashi Khanna!