The recent announcement of the TTD potentially planning to cancel the declaration rule in Tirumala Venkateswara Swamy temple did not sit down well with Hindu devotees, who have lashed out against the TTD chairman for hurting their sentiments. With such backlash, the TTD has now said that the declaration will be in place as always, and that people belonging to other religions should sign it.

However, YSRCP member Kodali Nani is still very much speaking against the tradition, in a manner that is upsetting every Hindu devotee across the world. Nani is repeatedly questioning the purpose of the Declaration, and is making non-Hindu statements repeatedly.

Several politicians are saying that the YSRCP is using Nani to make their religious beliefs public. This is all now coming into play and has become the talk of the town since Chief Minister Jagan Mohan Reddy is to visit Tirumala very soon, and is to give away Pattu clothes to the God.

Previously, people like Sonia Gandhi and A.P.J Abdul Kalam had also signed the declaration, but Kodali Nani is now adamantly saying that Jagan wouldn’t be signing the declaration. This issue is becoming a bigger one by the day, with Hindu devotees constantly saying that their sentiments are being hurt by the YSRCP government continuously. Opposition leaders are saying that the YSRCP is constantly degrading the Hindu religion by not paying enough attention to it. They took the examples of Antarvedi Chariot burning and the missing silver lions of Kanaka Durga Chariot, and said that the YSRCP government is least bothered about upholding the culture and traditions of the Hindu religion in the state. 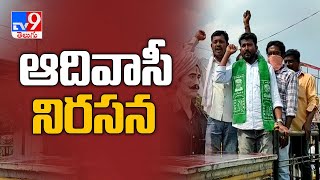