It is well known that Megastar Chiranjeevi is in Ananthapur right now for the promotion of ‘Godfather’. The pre-release event is expected to create a huge hype on this movie which is coming out on 5th October. Apart from sending his deepest condolences to Mahesh Babu and his family regarding the demise of his mother Indira Devi, he congratulated his son Ram Charan on completing his 15 years of journey in Tollywood.

He posted a photo of both of them together and wrote, “On reaching the 15 years milestone, fondly reflecting on @AlwaysRamCharan’s journey in films. It is heartening how he has evolved as an Actor from #Chirutha to #Magadheera to #Rangasthalam to #RRR ..and now to #RC15 with Director Shankar.”

He added, “Supremely pleased at his passion, body of work, dedication and his innate urge to excel at what he does. Proud of you my boy! Here’s to greater heights and greater glories that await you! Go for it! May the Force be with you! @AlwaysRamCharan.”

Coming back to ‘Godfather’, it is a remake of Malayalam hit film ‘Lucifer’. Directed by Mohan Raja, this film is made on a grand scale and fans are eagerly waiting to watch it on the big screens. Since ‘Acharya’ turned out to be a disaster, Megastar is hoping to give a strong comeback with ‘Godfather’. Nayanthara and Salman Khan are playing key roles in this flick while star composer Thaman is giving the music. 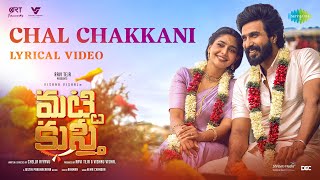 Ram Charan’s Condition To Do A Remake In Future!