star Tamannaah Bhatia has decided to get back to work and as many productions have started shooting very cautiously, we hear that she agreed to do a web-series, first. The actress had talks with several filmmakers and had several films also in hand.

But her film shoots could take time to start and hence, she took the lucrative web-series deal that Aha offered to her. Allu Aravind personally talked to her about the plans and then she agreed to meet up the director, say sources.

The web-series will be directed by Praveen Sattaru, who has a movie planned with Nagarjuna Akkineni. The shoot of this movie will start only after Nag finishes Bigg Boss Season 4 as a host in foreign locations.

Before that he has to finish the remaining portions of Wild Dog. Meanwhile, Praveen with his second lead in PSV Garuda Vega, Adith Arun, planned a web-series that has strong female centric narrative.

When Aha producers asked him to send any proposal for possible web related content, he pitched them this idea and they took it forward. The script has been locked and Tamannah enjoyed the narration, say sources.

From third week of September, the production will start shooting and it will wrapped up in a quick time. The series could release as early as December, if things go according to plan, say sources. 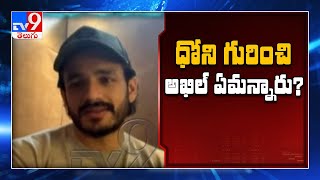 Feet up with the stars -Laxmi Manchu with Nikhil -20th Sep