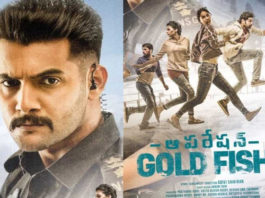 Operation Gold Fish has shown promise with its interesting promos and its theme. It looked like a new age film that appeals to contemporary audience. However, it turned out to be an amateurish attempt that neither has conviction nor direction.

Arjun Pandit (Aadi), a sincere and honest military officer captures dreaded terrorist Ghazi Baba (Abburi Ravi). His associates plan to kidnap a minister’s daughter so that they could exchange her for Ghazi Baba. Now it is Arjun’s responsibility to see that the minister’s daughter is safe.

Aadi gets to play a different role in this one and his performance is sincere. Although he looked too young to play an army officer, he did his best to do justice to it. Parvateesam of Kerintha fame played a poorly written role along with Karthik Raju. Sasha Chetri famously known as Airtel 3G girl fails to emote and Nitya Naresh is just okay. Abburi Ravi goes over the board in terrorist character. Anish Kuruvilla doesn’t look like a military officer. Krishnudu gets an underdeveloped character and he fails to entertain.

Direction by Sai Kiran Adivi is aimless throughout the film. His work looked like an amateur’s job with poorly written and executed scenes. This is not Sai Kiran’s cup of tea and he tried to do it in his style by including college episodes, which has drastically backfired.

Songs are as bland as its story and background score is only effective in parts. Cinematography is average and editing could have been better. Dialogues are poorly written and the lack of decent budget is visible in every frame.

Operation Gold Fish touches some serious elements but doesn’t put them to good use. The film loses steam in its opening sequences itself. The scene that shows the cruelty of Ghazi Baba is one of the most tacky scenes in recent times. It sets the tone for this film and what follows next is even crummy. One would expect the film to be a serious military operation from its title as well as it promos. But the Gold Fish turns out to be a minister’s daughter and the operation is to save her from being taken as a hostage by the militants.

This plot point looks to be directly inspired from Main Hoon Na and the only difference is that the military officer doesn’t step into the college as a lecturer. Sai Kiran Adivi has proved his mettle as a sensible director, but his work seemed messy throughout the film. Military and terrorism may not be his cup of tea, but he couldn’t even write a single watchable scene involving college students. Every dialogue that comes out of the characters played by Parvateesam and Karthik Raju is pathetic. Sai Kiran’s writing in these scenes so bad that it appeared to be a deliberate attempt to make the scenes involving military and militants look better.

It doesn’t mean that a better actor might have made this film better, but choosing Abburi Ravi to play Ghazi Baba only made this Operation look like a joke. Every move of the terrorists is ridiculous and our Indian military too looks clownish in this film envisioned by Sai Kiran Adivi. The narrative never engages that we almost pray for the film to end soon so that we can get a break from this ridiculousness. Every decision made by the protagonist and the military authorities seem cartoonish and don’t let us take this operation seriously at any point. It is a painstakingly boring film that looks like the work of a rookie short filmmaker. This film is so bad that we would look for a ‘skip button’ even when it is streaming online. 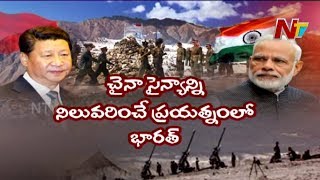 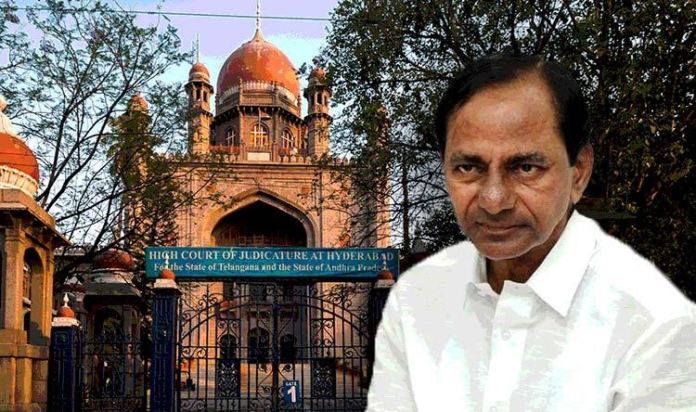 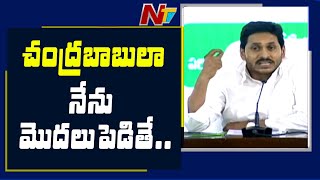