The political parties in poll-bound West Bengal have been welcoming stars from entertainment and cricket fields. Ruling Trinamool Congress and Bharatiya Janata Party (BJP) witnessed fresh inductions into the party.

Payel Sarkar, who appears in Bengali films and Hindi television has joined the Bharatiya Janata Party in the presence of the West Bengal state BJP president Dilip Ghosh.

On the other hand, Cricketer Manoj Tiwari, and actors June Malliah, Sayoni Ghosh, Kanchan Mallick have joined the ruling TMC party at a political event.

Looking at the BJP, it’s the party’s strategy to welcome celebrities from various fields and give them party tickets. Gautam Gambhir, Bollywood actor Sunny Deol and others are examples of this.

Will the same strategy work for the BJP and ruling TMC in the forthcoming elections. Well, only time has the answer to this. Let us wait and see what happens with West Bengal. 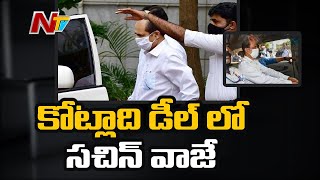