Ram Charan hasn’t signed his next project yet. As per the latest reports, the mega hero has been listening to some scripts and has now decided to sign a pan Indian project. It seems like Charan has signed his next film. Tamil director Mohan Raja recently met him and narrated a script. Charan loved the concept and immediately gave his nod. Mohan Raja is the son of Editor Mohan who helmed ‘Thani Oruvan’ (Ram Charan remade the film in Telugu as Dhruva). As of now, Mohan Raja is currently directing the sequel for ‘Thani Oruvan’.

Rumors are rife that Mohan Raja narrated the script of the sequel for Thani Oruvan and another project. Charan signed for the second script which is a pan Indian one. More details about the project will get unveiled soon. 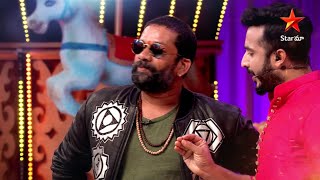