After scoring a trashing hit with Fidaa, Sai Pallavi and Sekhar Kammula came together once again for Love Story. Like Fidaa, Love Story is also set up in a rural backdrop. Love Story stars Naga Chaitanya and Sai Pallavi in the lead roles.
Samantha Akkineni unveiled the folk song from Love Story on Sunday. Suddala Ashok Teja penned down beautiful lyrics for the folk songs and Mangli added life to the Ashok Tej’s lyrics.

With the folk number, Sai Pallavi once again proved that she is the queen coming to celebratory dance numbers. The talented actress mesmerised the viewers with her dance moves. Sekhar Master choreographed the song.

Newcomer Pawan Ch gave a catchy tune for the folk song. Sekhar Kammula is a music lover and his films have hit musical albums. 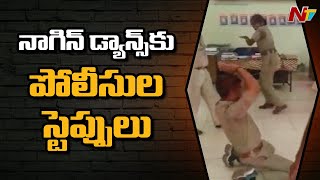 Sonam Kapoor writes a heartwarming note to Swara Bhaskar on her...