Natural Star Nani has recently kicked-off his post-quarantine work by resuming the shoot of his upcoming film ‘Tuck Jagadish’ in Hyderabad. However, from the past couple of days, speculations went rife that a few technicians working on this project have tested positive for COVID-19 and the shooting has been temporarily put on hold. Rubbishing all those reports, director Shiva Nirvana took to social media and shared a working video from the sets of the film with the caption “Unstoppable #Tuckjagadish 38th day on the sets.” In the clip, a worker can be seen spraying disinfectant in the entire filming location.

Touted to be an action entertainer, ‘Tuck Jagadish’ reunites Nani and director Shiva after the highly successful ‘Ninnu Kori’ in 2017. Starring Ritu Varma and Aishwarya Rajesh as the leading ladies, the film will feature versatile actor Jagapathi Babu in a crucial role and according to reports, he is essaying Nani’s brother. Major portions of the project were filmed in Rajahmundry and Pollachi before the lockdown. While the music is composed by SS Thaman, Prasad Murella is handling the camera.

After wrapping up this project, Nani will team up with Rahul Sankrityan for Shyam Singha Roy. Touted as the costliest project in the actor’s career, the film will be set against the backdrop of Kolkata and Nani will undergo a complete makeover for his role. Meanwhile, his previous outing ‘V’ managed to garner mixed reviews from both the viewers and critics. The noir thriller showcased the 36-year-old actor in a never-seen-before grey avatar and his performance as a serial killer seeking revenge was top-notch. 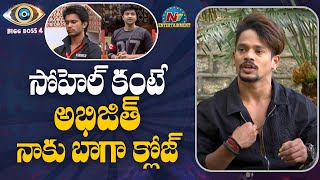