The atrocity of a boy’s death in a kidnap triggered stir in Mahabubabad district. Its known that the kidnap occured 3 days ago. In Kesamudram Mandal, police found the body of a 9 year old boy, Deekshit Reddy on a hillock in the suburbs on Thursday morning. The kidnappers poured petrol on the boy, set him on fire and brutally killed him. The corpse was in a state that turned unidentifiable.

Parents and relatives were shell shocked over the news of Deekshit’s death. Reportedly, the kidnappers have been taken into police custody and are being grilled. The two abductors who kidnapped Deekshit are rumored to have been killed in the encounter. District SP Kotireddy will hold a media conference shortly and reveal the details.

What actually happened on the day of kidnap?

Ranjith and Vasantha are the father and mother of the boy, who are residing in Krishna Colony in Mahabubabad. Deekshit was abducted by unidentified miscreant on a two-wheeler on Sunday evening at 6 p.m while he was playing in front of the house.

Parents were petrified and searched the surrounding area as the boy not arrived home even at night. At 9:45 pm, the kidnappers phoned mother Vasantha and demanded Rs 45 lakh to release her. They asked them to come at a place to hand over money. Parents reached the said location. Since kidnappers were unresponsive, they returned back. But mysteriously the boy was killed cruelly by the abductors for unclear reasons. 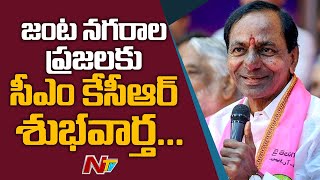