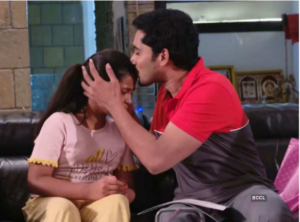 Popular daily soap Karthika Deepam manages to sustain its viewership with its signature emotional cliffhangers. The latest in the sequence is the change in Hima’s school. Karthik, who has been trying to keep Hima away from Sourya and Deepa, will inch a bit closer to his goal.
In the upcoming episode, Karthik will succeed in convincing Hima to change her school. Hima, who has promised to her father to abide by his orders, will eventually agree to change her school. The efforts of Soundarya, Anand Rao and Adithya to save Hima from Karthik’s emotional trap fail. Karthik will also seek TC for Hima in her school.
On the other hand, Sourya is already worried about Hima not attending the school. In the previous episodes, Karthik even ordered Deepa to stay away from Hima but the latter gave him a strong retort. Earlier, Karthik tried but failed to leave for the US along with Hima.
Karthika Deepam continues to be the most watched Telugu daily soap now. The recent episodes showcasing the missing of Deepa aka Vantalakka created a lot of buzz on social media. The Nirupam Paritala and Premi Viswanath starrer is the Telugu remake of Malayalam daily soap Karuthamuthu. The show also features Archana Ananth, Shobha Shetty, Kritika, Sangeetha Kamath, Yashwant and others in pivotal roles. 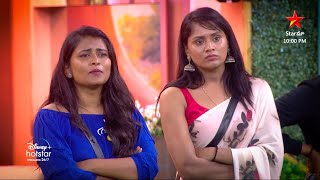 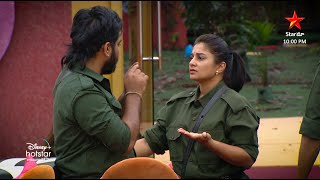 Captaincy contenders task is about to end…! | Bigg Boss Telugu...