HYDERABAD: YS Sharmila will most likely make an announcement on floating her political party on April 9 during a public meeting in Khammam. Sources close to the leader said that several dates, such as former Chief Minister YS Rajasekhara Reddy’s birth anniversary (July 8), the day he swore in as the CM (May 14), and the day he commenced the historic padayatra (April 9), were being considered for the announcement.

They added that if the party formation is announced on April 9, the outfit would be launched on one of the other two days. Talks are in progress with Sharmila’s followers in Khammam over making arrangements for the public meeting. The party name would have references to YSR and Telangana, they said.

Konda Raghava Reddy, one of the key leaders in Sharmila’s camp, said, “We discussed the dates for over two hours on Monday. However, no decision has been taken yet. But surely, one of these days, Sharmilamma will hold a massive meeting with at least 1 lakh people in Khammam.”

He added that Sharmila wanted the meeting held at the earliest, as she does not want her followers to be exposed to the scorching heat during the summer. Leaders in Sharmila’s camp have, meanwhile, begun countering allegations of other politicos. T Devender Reddy recently rebuked a TPCC leader’s “objectionable” remarks against Sharmila. YS Sharmila thanks Bro Anil for his support and encouragement 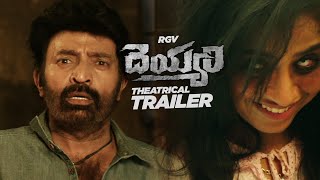