Advertisement
Home News Film News ‘Acharya’ Being Made At Full Speed To Reach The Target! The makers of Megastar Chiranjeevi’s upcoming film ‘Acharya’ have announced that it is getting released on 9th May 2021. The film was postponed several times and fans are waiting for it from a really long time. With the release time being just a couple of months away, Koratala Siva and his team are working at full speed to reach the target.

As we know, Ram Charan is playing a key role in this film and Kajal is the heroine. The combination scenes between Chiru and Charan are being canned in the Maredumilli area near Rajahmundry. Recently, the film’s cinematographer Thirunavukarasu posted a picture from the sets of ‘Acharya’ where he is completely immersed in getting the perfect shot. He wrote, “#Acharya is in full throttle. Thanking the cast and crew for their continuous support.”

Considering Koratala’s track record, everyone is expecting a blockbuster and the teaser which came out a couple of weeks back got a decent response. The visuals by Thiru were extraordinary and Chiru is going to be seen as a Naxalite in this flick. Mani Sharma is composing music for this social drama. 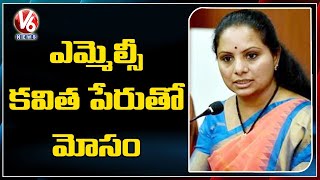