Advertisement
Home News After Jitin Prasada, now the eyes are on another high-profile leader, Sachin... Congress loyalist and former Union Minister Jitin Prasada had joined the saffron party BJP on Wednesday ahead of the UP polls. The high-profile exit had created tension in the congress party and the leaders.

Jitin Prasada’s episode had shed light on the leaders, who are reportedly not happy with the Congress and a few more high profile leaders are likely to switch sides, leaving the Congress party as an orphan.

Among such leaders, Sachin Pilot is getting all the media attention as he was reportedly sidelined by Chief Minister Ashok Gehlot. Despite campaigning in the state for the elections, he was not given due respect nor an appropriate position.

It is said that Congress is working on damage control and focusing on giving posts to disgruntled leaders in Rajasthan to see that the Madhya Pradesh scene won’t repeat in the state.

Rajasthan is likely to go for a cabinet shuffle to give prominent posts to the sidelined leaders, including Sachin Pilot. The shuffle might take place in July this year. Disgruntled leaders can be a game changer.

Jyotiraditya Scindia’s episode is a classic example of the power of disgruntled leaders. The Scindia scion joined the BJP along with a few other rebels that costed Congress to lose power in a state.

Now all the eyes are on Congress on how the party will deal with the Rajasthan politics. The ball is in the Congress party’s court now. Let us wait and see what happens with the state. 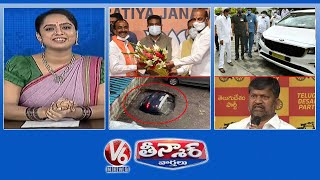