Star producer is one of the very few businessmen who knows how to make the best out of a given situation. During the lockdown period, Dil Raju made a deal with Amazon Prime Video and sold most of his previous films together for a huge sum of money. At a time when the pandemic hit the nation for the second time, Dil Raju still managed to pocket a lot of money with his recent production venture ‘Vakeel Saab’.

As we know, Dil Raju sold the digital rights of ‘Vakeel Saab’ to Amazon Prime Video under the agreement of streaming it only after 56 days of its release. He got 14 crores out of this deal as per the sources. The film was released on April 9th and did exceptionally well in the first week. But the collections dipped heavily due to the second wave and people are not going to the theatres across AP & Telangana.

Due to this, Dil Raju made a new deal with the OTT platform and allowed them to stream it from 30th April. He talked to the distributors regarding his decision and with no other option left, they obliged to it. With this new deal, rumors suggest that Dil Raju pocketed another 12 crores. Experts are saying that these business tactics are what keeps him at the top of the rest. 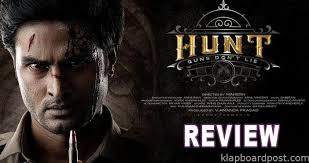