Tapsee Pannu was recently seen in Haseen Dillruba, a Netflix original. The film garnered a lukewarm response from digital audiences but Tapsee’s fine performance in the crime thriller was appreciated by one and all. The talented actress has only been signing content-driven films of late. Incidentally, she recently floated her own production house- ‘Outsider Productions’ through which she will be bankrolling more content oriented films in the days to follow. She will be announcing the list of new projects under her production house very soon.

Coming to the topic, Tapsee is finally set to make a comeback into Tollywood after a long gap. Her last Telugu film is Anando Brahma which released back in 2017. The horror comedy fared reasonably well at the box office but it couldn’t rejuvenate Tapsee’s Tollywood career. So, she continued focusing on her Bollywood career and kept starring in Hindi films. Tapsee’s next Telugu film is Mishan Impossible which was launched later last year. Tapsee has come on board for the investigative thriller and she joined the sets of the project recently.

Here is an interesting update on Tapsee’s role in Mishan Impossible. She will be seen as an independent journalist who is always in the lookout out attentions grabbing incidents. She comes across a mysterious incident in her locality and starts investigating on the same. In the process, she discovers several thrilling elements regarding the incident. She is playing an author-backed role in the film.

Mishan Impossible is directed by Swaroop RSJ who scored a blockbuster with his debut film Agent Sai Srinivasa Athreya. He is also playing an important role in the film. However, the main narrative will be powered by Tapsee’s role.

Tapsee is said to be excited about making a comeback to Tollywood with an interesting investigative thriller like Mishan Impossible. She came on board for the film after liking the script and the narrative. She joined the sets very recently and is presently shooting for the film.

Mishan Impossible is an investigative thriller set in Chittoor backdrop. Matinee Entertainments are bankrolling the project. More details about the project are under the wraps for now. 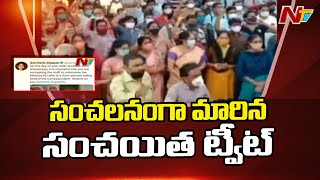 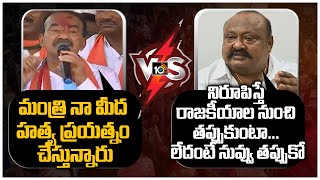