Chinese mobile company Xiaomi enjoys a huge customer ship across the globe and is one of the leading smartphone makers in the world. The smartphone maker has achieved one more milestone.

According to the analysis done by

leading global technology market analyst firm Canalys, Chinese mobile maker Xiaomi has dethroned US-based tech giant Apple to become the second biggest smartphone maker in the world.Canalys said that Xiaomi achieved the rare feat with the company reporting a massive surge in the shipments with 83 percent in the last quarter.

Usually, arch rivals Samsung and Apple hold the top two spots in the top two places in the world.For the first time, Xiaomi has made it to the second spot.Going by the data shared by the research firm, Samsung topped the list of phone makers in the second quarter with a share of 19 percent in the global market followed by Xiaomi and Apple with 17 and 14 percent respectively.

One more factor that worked in favour of Xiaomi is its major competitor Huawei slowing down. The company kept it distant from the smartphone segment. This made wonders for its other competitors especially Xiaomi.The recent outing from Xiaomi, Mi 11 Ultra has also helped the company to increase its market share. The device comes with one of the best cameras making it a hotcake among the youth and photography enthusiasts.

The devices launched by the Chinese mobile phone maker are from the high-end segments. The devices cost more than 60,000 for the starting variants in Indian currency. However, the other companies like Oppo and Vivo, which also hold a good share in the market, gave a near tough competition.

The company has been facing tough competition since its inception. In the local market in China, it faced a competition with Vivo and Oppo during its initial days. After entering the global market, it’s rivals changed.

The Unique Selling Point(USP) of Xiaomi is quite simple, offering the best specifications at less cost than the rivals.This has been the success mantra of the Chinese mobile phone maker. 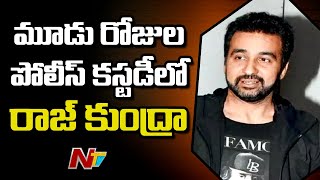