Advertisement
Home News MLA is behind the TDP activist killings in Kurnool: Chandrababu Telugu Desam Party chief and former chief minister of Andhra Pradesh Nara Chandrababu Naidu has alleged that YCP MLA Katsani Rambhupal Reddy was behind the murders of the TDP leaders Nageshwar Reddy and Pratap Reddy in Pesaraval in Kurnool district. He held the YCP leaders and police officials responsible for these murders. Responding to this, Chandrababu released a statement.

In the statement, Chandrababu said, “As the security in the state is deteriorating, TDP activists are being killed. Is there any police system in the state? Nageshwar Reddy and Pratap Reddy, who were on their way to the cemetery for a cousin’s company, were hit by a car and killed.

The police, who are supposed to protect the people, have become puppets of the ruling party. Since YCP came into power, 30 TDP activists have been killed. The government and the police should be held accountable for this incident,” Chandrababu said. Is this why Satish Reddy not joining the YSRCP? 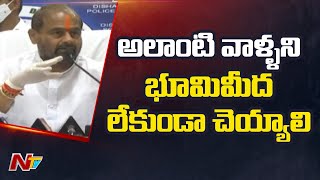