HYDERABAD: The first meeting of the State Level Task Force Committee on Covid-19, which met on Wednesday, felt that measures taken up by the State government so far to contain Covid-19 were yielding the desired results.The impact of the measures would be known in one or two days, said IT and Industries Minister KT Rama Rao after he chaired the meeting at BRKR Bhavan. The committee was constituted with Rama Rao as its chairman by the State Cabinet at its meeting last Friday.

Speaking to reporters after the Task Force Committee’s meeting, Rama Rao said that there was no shortage in supply of medicines for those who were in home isolation.

“Door-to-door survey has so far been completed in 60 lakh houses and 2.1 lakh people have received medical kits. As we are providing medicines to patients when the infection is at an early stage, the number of serious cases will come down. We hope the impact of the measures will be known in the next one or two days,” Rama Rao said.

The Minister said the number of available beds had gone up considerably both in government and private sectors and around 1.5 lakh Remdesivir injections were available in the State. “We will coordinate with the drug manufacturers and ensure an increase in supplies. The government also suggested that doctors should not use Remdesivir indiscriminately,” Rama Rao said. The State government was also on high alert over cases of black fungus and was procuring the required medicines for it, he added.

The Committee also felt that the Covid-19 helpline number should be one across the State. On vaccinations, Rama Rao said the population of those aged above 45 in the State was 92 lakh, of whom 38 lakh had taken their first dose and 10.15 lakh people had taken the second dose too. The Minister said they would soon meet the vaccine and drug manufacturers to procure the required stocks. 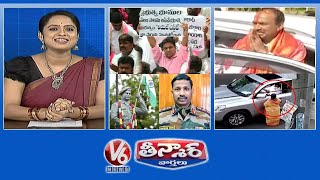 Vinayak Shows No Interest In Making A Sequel To His Blockbuster!