It is well known that Icon Star Allu Arjun’s ‘Ala Vaikunthapuramlo’ is being remade in Hindi as ‘Shehzada’. Happening handsome hero Karthik Aryan is playing the lead in this film while tall beauty Kriti Sanon is the heroine. Paresh Rawal is going to play the role Murali Sharma did in the original while Manisha Koirala will be replacing Tabu in the mother’s role.

It has been made official that the movie will be hitting the screens on 10th February 2023. On the occasion of Karthik Aryan’s birthday, the makers released a special teaser which gives us a glimpse of what the makers turned ‘Ala Vaikunthapuramlo’ into. It looks like they have tried to remain faithful to the original.

Karthik is looking quite handsome and pulled off some stylish fight sequences as ‘Bantu’. The makers seems to have upped the budget and Kriti Sanon has definitely brough her A-game when it comes to glamour show. She is looking stunning and her chemistry with Karthik Aryan is quite good. The makers did not reveal other characters but showcased the famous ‘Sitharala Sirapadu’ fight sequence in Bollywood style.

Allu Aravind and S Radha Krishna who produced the original Telugu film are also partners in this Bollywood remake. Pritam is composing the music and we all know the range of success ‘Ala Vaikunthapuramlo’ achieved. We need to see if the senior composer achieves the same level of success Thaman did or not. Rohit Dhawan who made ‘Desi Boyz’ and ‘Dishoom’ is directing this film. The movie is arriving with a lot of expectations since Karthik scored a massive hit in the form of ‘Bhool Bhulaiyaa 2’ recently. 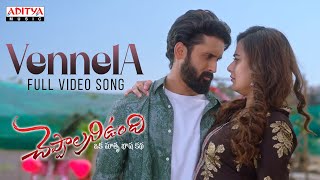 Airlines Company Slapped With A Fine In Mid-Air Urination Row! 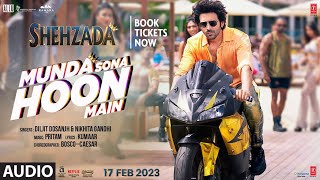