The situation of Tollywood changed completely after Rajamouli came up with the ‘Baahubali’ franchise. He opened the doors of pan-Indian market and every hero is trying to exploit. In the past few years, a lot of heroes like Allu Arjun, Ram Charan, NTR, Prabhas and others scored pan-Indian hits. Now, around a dozen pan-Indian films are getting ready to hit the screens in 2023.

After hits like ‘Dhamaka’ and ‘Waltair Veerayya’, Ravi Teja is aiming at a pan-Indian market with ‘Tiger Nageswar Rao’. This is a biopic which is directed by Vamsi and it has 1970s backdrop. Also, Ravi Teja’s ‘Ravanasura’ directed by Sudheer Varma is also having a nationwide release. It is hitting the big screens on 7th April.

After ‘Baahubali’, Prabhas released two pan-Indian movies like ‘Radhe Shyam’ and ‘Saaho’. He is planning to give a strong comeback with ‘Salaar’ as it is a complete action film which is being made under the direction of ‘KGF’ fame Prasanth Neel. Apart from that, ‘Adipurush’ will be coming in June and there is a chance that ‘Raja Deluxe’ might arrive at the end of this year. All these movies will be released on a national level.

If sources are to be believed, superstar Mahesh Babu will be releasing his first pan-Indian film this year. He is working with Trivikram and the star director’s films get a lot of craze in the North market. Pawan Kalyan will be arriving with ‘Hari Hara Veera Mallu’ and it is also a pan-Indian movie made under Krish’s direction.

As we all know, Ram Charan is working with legendary filmmaker Shankar and it is produced by Dil Raju. It is being made on a pan-Indian level after the humongous success of ‘RRR’. One of the most awaited projects ‘Pushpa: The Rule’ is also going to be released this year. This is going to be the biggest release in Allu Arjun’s career till date. Nani will be having his first pan-Indian release with ‘Dasara’ which is made by debutant Srikanth Odela.

Samantha’s ‘Shaakunthalam’ is a pan-Indian film and it is coming out on 17th February. Ram and Boyapati’s mass action flick is also expected to be a pan-Indian movie. Akkineni Akhil is aiming at a nationwide audience with his spy action thriller ‘Agent’ which is getting a summer release. There is a high chance that Shiva Nirvana’s ‘Khushi’ will also release throughout the country after Deverakonda gained a huge craze across the country.

Apart from these, there is Sundeep Kishan’s ‘Michael’, ‘Sai Tej’s ‘Virupaksha’, Nikhil’s ‘SPY’, Adivi Sesh’s ‘G 2’ and Prasanth Varma’s ‘Hanu-Man’ which will be getting released on a grand level. They Hate Me For Everything: Rashmika 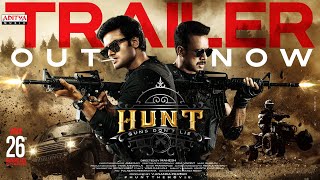 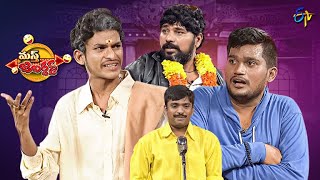