It has been quite a while since we have seen a spine-chilling horror thriller in Tollywood. There is no better experience than watching a quality horror flick in a theatre. Recently released ‘Masooda’ is one such movie which is getting good reviews from the critics.

Being a small film, the collections were not that great on the first day but the positive word of mouth helped the movie a lot. The collections started increasing and trade analysts claim that it passed the Monday test with flying colours. The makers have officially released a poster claiming that the collections on its fourth day are bigger than the first day.

With no big releases this month, this movie is going to pick pace even more and the collections are expected to increase in the coming days. After making their mark with ‘Malli Raava’ and ‘Agent Sai Srinivasa Athreya’, Swadharm Entertainment has produced this film. Sai Kiran made his directorial debut with this flick while Prasanth R Vihari is giving the music. Nagesh Banell is the cinematographer while Kranthi Priyam is the art director.

The film has ‘George Reddy’ fame Lallan Singh Thiruveer playing the male lead while Gangotri’s little kid Kavya Kalyanram is entering as lead actress. Apart from these two, senior actor Sangeetha will be seen in a key role. 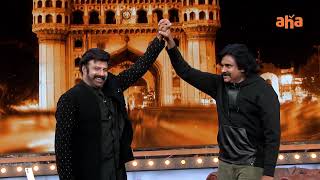 Keerthy Suresh Opens Up About Her Daughter’s Love Life!