Bollywood superstar Salman Khan is an A-lister actor who needs no introduction. He enjoys fans across languages. Though Salman Khan does movies in Bollywood, he shared a good bonding with fellow actors from other languages. Mainly, he has close ties with the Tollywood film industry.

Salman Khan always says she has been friends with Megastar Chiranjeevi and Victory Venkatesh. The latter is doing a key role in one of his films and Salman is doing a cameo in Chiranjeevi’s upcoming Godfather, the official remake of Lucifer. Now the three stars are spotted having a gala time together. Chiranjeevi, Salman, and Venkatesh met and posed together for a pic.

With Salman staying in Hyderabad for the shoot of his upcoming films, he recently attended the Vikram success party thrown by Chiranjeevi at his residence in Hyderabad. Fans were happy to see Salman, Chiranjeevi, and Kamal Haasan together.

Now Salman Khan met his friends Chiranjeevi and Venkatesh and it is said that they met for a party to spend some time. Looks like Salman Khan is making the best of his time in Hyderabad and spending time with his friends.

As the three stars always have a busy schedule working on their respective films they rarely get free time. With the trio staying in Hyderabad, Salman Khan is believed to have decided to not leave the occasion and called the two stars for the party.

Instead of going for any hotels and restaurants, the stars reportedly opted for JC Pawan Reddy’s residence. The three know Reddy well and there will be no issues when they spend a good time. The picture of three stars which is doing rounds sees them happily posing for a picture, while JC Pawan Reddy fondly lays his hands on Salman Khan’s shoulders.

On the work front, Salman Khan has a bunch of films in his hand as he is shooting for films like Kabhi Eid Kabhi Diwali, and Tiger 3. Salman is playing a cameo in Shah Rukh Khan’s upcoming film Pathaan. After Zero, the two leading stars are sharing screen space, and fans are excited to see them together. 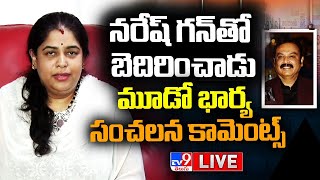 Inside News: After a dud, Nani realizes it now..!?