Star actress Samantha is currently focusing on Bollywood right now. Whilst still working in the South, she is generating a lot of buzz in the Bombay circles. She played a negative character in the second season of ‘Family Man’ which impressed everyone but it is her stunning looks in red carpet events and award shows that generated a lot of craze for her.

The ‘Dookudu’ heroine recently went to ‘Koffee With Karan’ too and everyone are eager to see the full episode where she was interviewed along with Akshay Kumar. Whilst making headlines with her fashion sense and interesting comments, she is reportedly planning to make her Hindi film debut soon. If sources are to be believed, she will be acting in her first film beside Ayushmann Khurrana. As we know, Ayushmann is one of the most happening heroes in Bollywood. He is known for his unique script selection and movie lovers are wondering how his next film with Samantha is going to be. Let us wait and see if this news turns out to be true or not.

As of now, Samantha wrapped up her work on ‘Shaakunthalam’. She is doing a thriller named ‘Yashoda’ and is also the female lead in Vijay Deverakonda’s romantic entertainer ‘Khushi’. She is doing a web series in Hindi too which has Varun Dhawan in the lead. 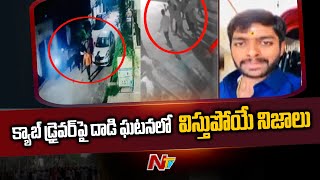 Talented Young Director Showcases His Expertise In This Too! Icon star is all praise for Bimbisara Ex-YCP Minister Thanks Pawan Kalyan For His Challenge!