Talented hero Sharwanand went through a very rough patch in recent years. None of his movies succeeded at the box office and he was unable to strike a chord with the audience. But his last outing ‘Oke Oka Jeevitham’ came as a huge sigh of relief. Thanks to the energy given by this flick, he is okaying one interesting project after another.

As we know, he has a project with ‘Chal Mohan Ranga’ fame Krishna Chaitanya. Raashi Khanna is playing the heroine’s role and the shooting is already going on. Also, there are reports that he is the frontrunner in replacing Vishwak Sen in Arjun Sarja’s project. We all know that the ‘Falaknuma Das’ hero had differences with the ‘Gentleman’ hero and walked out of the movie. Reports suggest that Arjun is considering Sharwanand as the best option.

Recent, reports suggest that he gave a green signal to ‘Devadas’ and ‘Bhale Manchi Roju’ fame Sriram Adittya. The talented director’s last film ‘Hero’ was a commercial failure but his latest script has reportedly impressed Sharwa. The shooting is going to start from next month and ‘Uppena’ fame Krithi Shetty will be seen romancing the ‘Run Raja Run’ hero. Well known production banner People Media Factory will be bankrolling it and the official news is expected to come out soon. Looks like the handsome hero has definitely upped his speed after getting a hit. 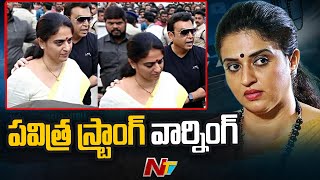