Sizzling actress Shruti Haasan is basking in the success of her recent outing ‘KRACK’. She won accolades and appreciations from celebs, fans and audience for her stellar performance in the film. Shruti could be on cloud nine as she is all set to share the screen with Prabhas, who rose to global fame with the Baahubali series. Looks like stars might be working in Shruti’s favour. Every actor wants to work with Prabhas but Shruti Haasan is the luckiest girl as she got the opportunity to feature in Prabhas’ Pan Indian movie ‘Salaar’. Expectations are riding high on this project as it is going to be directed by Prashanth Neel who became an overnight most sought after director with KGF.

Now, we hear that Shruti has charged a whopping fee for Prabhas’ Salaar. Loud whispers are doing the rounds that to sign Shruti is getting paid a whopping amount of Rs One Cr for her role in the film. So far, this is the highest remuneration for Shruti Haasan and it’s career-best pay for her. However, an official confirmation regarding the news is awaited at the moment.

Meanwhile, Prabhas will next be seen in ‘Radhe Shyam’ under the direction of Radha Krishna. The film teaser is likely to be out on the February-14. On the other hand, Prashanth Neel is busy with post-production work of much-awaited film ‘KGF: Chapter-2’ features Yash in the lead role. 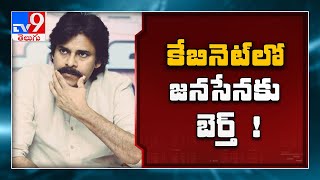 Pawan or GVL : Rumours of Pawan Kalyan in PM Modi’s... Where Did The Mega Power Couple Fly This Time?