KHARTOUM: Sudan Prime Minister Abdalla Hamdok hopes the country can wipe out its staggering USD 60 billion foreign debt bill this year by securing relief and deals at an upcoming Paris conference that could bring much-needed investment.

The seasoned UN economist-turned-premier took office at the head of a transitional government shortly after the 2019 ouster of president Omar al-Bashir whose three-decade iron-fisted rule was marked by economic hardship, deep internal conflicts, and biting international sanctions.

In the past two years, Hamdok and his government have pushed to rebuild the crippled economy and end Sudan’s international isolation. “We have already settled the World Bank arrears, those of the African Development Bank, and in Paris, we will be settling the International Monetary Fund arrears,” Hamdok told AFP at his office in Khartoum.

Arrears due to the African Development Bank were cleared through a bridging loan worth USD 425 million from Sweden, Britain and Ireland, while debts to the World Bank were paid off with a USD 1.1 billion bridging loan from the US. “Paris also is home to the Paris Club, our biggest creditors… and we will be discussing debt relief with them,” Hamdok said.

Sudan’s debts to the Paris Club, which includes major creditor countries, is estimated to make up around 38 percent of its total USD 60 billion foreign debt. Hamdok and top Sudanese officials will be attending Monday’s Paris conference along with by French President Emmanuel Macron, and World Bank and IMF representatives.

The aim is to draw investments to Sudan including in the energy, infrastructure, agriculture and telecommunications sectors. “We are going to the Paris conference to let foreign investors explore the opportunities for investing in Sudan. We are not looking for grants or donations,” Hamdok said.

Challenges ahead
Sudan was taken off Washington’s blacklist of state sponsors of terrorism in December, removing a major hurdle to foreign investment. The government has also embarked on tough measures including subsidy cuts and introducing a managed currency float to qualify for an IMF debt relief programme.

Though widely unpopular, the premier says the measures were necessary to move towards debt relief “by the end of the year”. But many challenges still lie ahead. His government has been pushing to forge peace with rebel groups to end conflicts in far-flung regions.

In October, it signed a landmark peace deal with rebels from the western region of Darfur as well the southern states of South Kordofan and Blue Nile. Only two groups including one which wields substantial power in Darfur refused to sign the deal.

To Hamdok, the peace deal represents “50 percent on the road to peace”. Efforts are underway to sign deals with the remaining groups, and talks with a faction of the Sudan People’s Liberation Movement-North (SPLM-N) are slated for later this month.

In February, Sudan appointed three ex-rebels to the ruling sovereign council and announced a new transitional cabinet including seven ex-rebels. “We have come a long way… and in my view the second stage of talks will go much faster,” he said.

Tensions with Ethiopia
Simmering tensions with neighbouring Ethiopia over a fertile border region and a gigantic dam on the Blue Nile pose another challenge. Downstream Sudan and Egypt have been locked in inconclusive talks with Ethiopia seeking a binding deal over the filling and operation of its hydro-power barrage which broke ground in 2011.

Cairo views the dam as an existential threat to its water supply, while Khartoum fears its dams would be overwhelmed if Ethiopia fills the giant reservoir without a deal.

Sudanese officials this week met with US special envoy for the Horn of Africa Jeffrey Feltman and President Felix Tshisekedi, of the Democratic Republic of the Congo, who is also the chair of the African Union to discuss the dispute. “The proposal of Congo’s president is not far from Sudan’s suggestion of a quartet mediation,” Hamdok said, without elaborating.

In February, Khartoum proposed mediation by a quartet of the AU, European Union, UN and United States. The proposal was welcomed by Cairo, but rejected by Addis Ababa. Ethiopia has already completed its first-year filling target for the dam and plans to proceed with the second stage regardless of any deal.

Sudanese-Ethiopian relations have also soured over Al-Fashaqa, a fertile border region where Ethiopian farmers have long cultivated land claimed by Sudan. The two sides have recently traded accusations of violence and territorial violations.

“For us, the maps are marked and the land is not even disputed,” Hamdok noted, adding Sudan is considering a United Arab Emirates investment initiative in the region. But he hopes relations will improve. “All our issues can be resolved through dialogue,” he insisted. 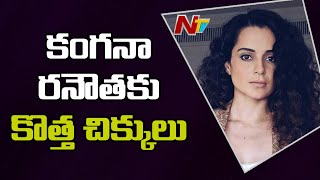 Is The Grey Beard Going Be Chiruâ€™s Look In Lucifer Remake? CM KCR is planning for early by-polls in Huzurabad??