‘Meet Cute’ is one anthology web series that generated a lot of buzz through its teaser and trailer. Apart from the familiar cast members, it is the relatable stories and conversations of ‘Meet Cute’ that struck a chord with many. This web series is all set to stream on Sony LIV from 25th November and the project’s presenter Nani heaped praises on his elder sister Deepthi Ganta’s work since she is the writer and director.

While interacting with the media, Deepthi Ganta said, “A short film that I made some years ago was my first creative outing. When I wrote a short story and showed it to Nani, he asked me to write three to four stories so that an anthology could be made. Despite his prodding, I waited for inspiring thoughts to come to my mind. I like to interact with strangers during journies and other occasions. ‘Meet Cute’ imagines situations where persons who don’t know each other strike up conversations. Their run into each other accidentally in ‘Meet Cute’. We come across such situations in our lives at various situations. I am happy that talented artists have become part of the film. This is a drama based in urban settings. And despite that, the audience are going to relate to it. Nani asked me to write a nice love story as well in the anthology. I like to pen feel-good stories in the future as well.”

Nani said that it just took a few pages to completely get immersed in the stories. He explained, “I didn’t read the script of ‘Meet Cute’ for many days even though those in my family who had read it endorsed it gleefully. I gave it a reading after my sister pushed me to. It took me just a few pages to be immersed in the story. The scenes are so interesting. I would have produced ‘Meet Cute’ even if someone else had been its writer-director. Had the script reached my office without the writer’s phone number, I would have done my best to trace that person and offered to produce it. The characters, their conversations, and the situations they encounter in ‘Meet Cute’ are all very natural.”

He added, “The stories are meant for OTT, not a film. When you are making a film, it demands dramatic and cinematic liberties to be taken. In ‘Meet Cute’, the moves made by the characters and how the stories end are exciting. I don’t have a character in it that I would have played. Many assumed that I will be seen in a guest role. But I didn’t want to do anything for the sake of it. The story has to demand it. Usually, the different stories in anthologies are directed by different directors. ‘Meet Cute’ is different. Each story has been done by my sister. It’s a pleasant series with real conversations. The scenes that come between Rohini and Akanksha are very good. Wall Poster Cinema is going to be always at the forefront of backing quality content.”

While Satyaraj and Rohini stand as the main pillars, a lot of promising talent like Adah Sharma, Varsha Bollamma, Akanksha Singh, Ruhani Sharma, Sunaina, Sanchita Poonacha as female leads and Ashwin Kumar, Shiva Kandukuri, Deekshit Shetty, Govind Padmasoorya, and Raja can be seen in this project. The cinematography is by Vasanth Kumar, while the music is by Vijay Bulganin. Garry BH took care of the editing. Avinash Kolla is the production designer. Prashanthi Tipirneni is producing â€œMeet Cuteâ€ under Wall Poster Cinema. 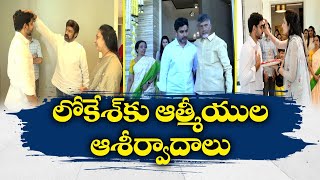 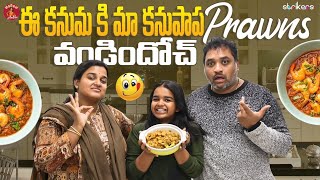