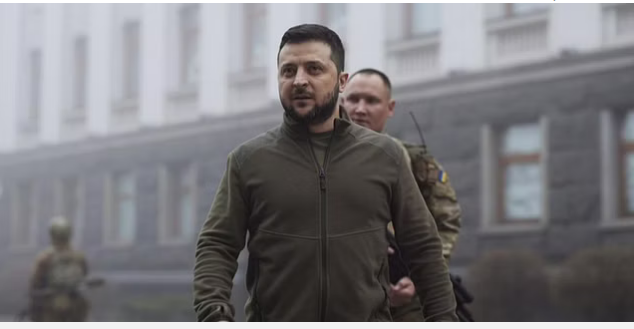 BUCHA: Ukraine’s president planned to address the U.N.’s most powerful body on Tuesday after even more grisly evidence emerged of civilian massacres in areas that Russian forces recently left. Western nations expelled dozens more of Moscow’s diplomats and proposed further sanctions as they expressed their disgust at what they say are war crimes.

President Volodymyr Zelenskyy’s speech to the Security Council will be rich with symbolism, but the invitation and other displays of Western support are unlikely to alter the situation on the ground. He says his forces desperately need more powerful weaponry, some of which the West has been reluctant to give. Russia’s veto guarantees the body will take no action, and it was unclear whether its representatives would even remain in the chamber for the video address.

The head of NATO, meanwhile, warned that Russia is regrouping its forces in order to deploy them to eastern and southern Ukraine for a “crucial phase of the war,” as the European Union proposed new sanctions targeting Russia’s lucrative energy industry.

Ukrainian officials said the bodies of at least 410 civilians have been found in towns around Kyiv that were recaptured from Russian forces and that a “torture chamber” was discovered in the town called Bucha, from which some of the grimmest details have emerged.

Associated Press journalists in the town have counted dozens of corpses in civilian clothes. Many appeared to have been shot at close range, and some had their hands bound or their flesh burned. A mass grave in a churchyard held bodies wrapped in plastic. The Ukrainian prosecutor general’s office said the bodies of five men with their hands bound were found in the basement of a children’s sanatorium where civilians were tortured and killed.

High-resolution satellite imagery by commercial provider Maxar Technologies, meanwhile, showed that many of the bodies had been lying in the open for weeks, during the time that Russian forces were in the town. The New York Times first reported on the images showing the dead.

“Only non-humans are capable of this,” said Angelica Chernomor, a refugee from Kyiv who crossed into Poland with her two children, and who had seen the photos from Bucha. “Even if people live under a totalitarian regime, they must retain feelings, dignity, but they do not.”

Chernomor is among the more than 4 million Ukrainians who have fled the country in the wake of the Feb. 24 invasion. More than 7 million more people have been displaced inside Ukraine, the U.N. migration agency estimates.

Russia has rejected allegations of atrocities, with officials repeatedly saying without evidence that the scenes were faked. Moscow said it would speak about Bucha at the U.N. on Tuesday, indicating its representatives will attend at least part of the meeting.

Russia has sought to refute similar accusations against its forces in the past by accusing its enemies of forging photos and video, and of using so-called crisis actors. Western officials and independent reporters say Russia spreads disinformation to mask its actions.

As Western leaders condemned the killings in Bucha, Italy, Spain and Denmark expelled dozens of Russian diplomats on Tuesday, following moves by Germany and France. Hundreds of Russian diplomats have been sent home since the start of the invasion, many accused of being spies. Kremlin spokesman Dmitry Peskov called the expulsions a “short-sighted” measure that would complicate communication during the crisis and warned they would be met with “reciprocal steps.”

In another show of support, European Union Commission President Ursula von der Leyen plans to travel to Kyiv to meet with Zelenskyy this week. The 27-nation EU has been a steadfast backer of Ukraine since the Russian invasion began on Feb. 24 and has already pushed through four rounds of sanctions.

Ukraine’s Foreign Minister Dmytro Kuleba said that to prevent “new Buchas” the West must impose the “mother of all sanctions” — on Russian oil and gas. “Stop financing Putin’s war machine,” he tweeted. “A few months of tightening your belts are worth thousands of saved lives.”

But Western nations are divided over how far to go. Some are calling for a boycott of Russian oil and gas imports, while Germany and others fear that such a move could plunge the continent into a severe economic crisis. And countries from the NATO alliance have refused to hand over some of the most powerful weaponry Zelenskyy has asked for, like fighter jets.

Their provision of other weapons and equipment has been credited with helping Ukraine mount a stiffer than expected resistance to Russia’s overwhelming firepower. That resistance stopped Russian forces from overrunning the capital and other cities, and many Russian troops have now withdrawn from areas around Kyiv.

But Western and Ukrainian officials say Russia is merely regrouping for another offensive.

“Moscow is not giving up its ambitions in Ukraine,” NATO chief Jens Stoltenberg said Tuesday. “We expect a further push in the eastern and southern Ukraine to try to take the entire Donbas and to create a land bridge” to the Crimea Peninsula, which Russia annexed in 2014. Russia-backed separatists in the Donbas have been fighting Ukrainian troops for the last eight years.

Stoltenberg insisted the alliance will stand ready to help Ukraine with military equipment, a day after Zelenskyy appealed for more weaponry.

Zelenskyy’s video addresses to European capitals, in which he has sought to rally diplomatic, financial and military support for his country, have become near daily affairs, and he was expected to address the Spanish parliament on Tuesday.

But the speech to the Security Council could be even more dramatic, with all eyes on the reaction of any Russian representatives present.

The Ukrainian military says that, in the Donbas, Russia is focused on seizing the cities of Popasna and Rubizhne in the Donetsk and Luhansk regions and the Azov Sea port of Mariupol, which has seen weeks of heavy fighting at a staggering cost to the city and its residents.

The Ukrainian governor of Luhansk on Tuesday urged residents to stay inside, shut windows and doors, and prepare wet face masks after a Russian strike hit a storage tank holding nitric acid near Rubizhne, which the Russians have been trying to seize.

Serhiy Haidai warned that the chemical, which is used in fertilizer and explosives, “is dangerous if inhaled, swallowed and in contact with skin and mucous membranes.” The Russian military has not commented on the alleged strike, and it could not be independently verified.

Ukrainian Deputy Prime Minister Iryna Vereshchuk meanwhile said seven humanitarian corridors will be open on Tuesday, including from besieged Mariupol, where 1,500 civilians were able to escape in private vehicles on Monday, as well as the Russian-controlled Berdyansk.

But it was not immediately clear whether Russia has agreed to halt the fighting along the corridors. Previous efforts to bring civilians to safety through humanitarian corridors have failed because of renewed fighting.

An international Red Cross team gave up on entering Mariupol at least for Tuesday, after several days of trying to deliver aid to the besieged city and help escort civilians out.

The International Committee of the Red Cross said the team was held overnight held by police in Manhush, west of Mariupol, but later released. It did not identify the nationality of the police, but Manhush has been under Russian control for weeks. 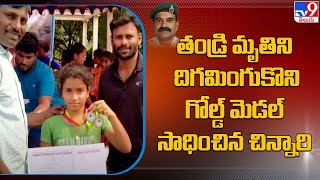 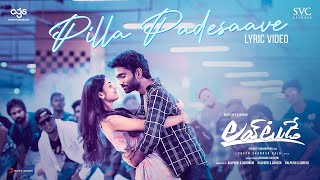