After a periodic film like ‘Sye Raa’, Megastar Chiranjeevi is arriving this summer with a social drama like ‘Acharya’. Written and directed by Koratala Siva, this film has Ram Charan playing a crucial role while Kajal Agarwal is the heroine. Being a Megastar’s film, there are massive expectations on this movie and the teaser got a very good response.

The first song ‘Laahe Laahe’ which came out recently got a lot of views on Youtube. The film is set to release on May 13th and it is in the last leg of its production. Talk in the tinsel town is that ‘Acharya’ is doing great pre-release business. As per reports, the theatrical rights of Nizam were sold to Warangal Sreenu for 42 crores while the Andhra and Ceded rights summed up to 60 crores.

Since both ‘Khaidi No 150’ and ‘Sye Raa’ did well in overseas, the buyers are showing a lot of interest in grabbing the rights of ‘Acharya’ too. If sources are to be believed, the pre-release business of the film may go till 140 crores and it needs to get at least 150 crores to earn the tag of a hit. Let us see if it happens or not. 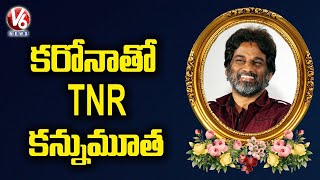 Journalist And Film Director TNR Passed Away Due To Covid-19 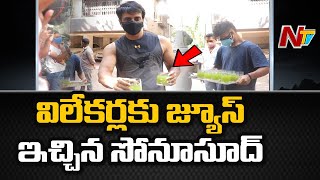 Viral Video : Sonu Sood Gave Juice To People With His...