HYDERABAD: Director of Public Health Dr G Srinivasa Rao advised politicians to eschew padayatras owing to the looming threat of a third wave of Covid-19. Speaking to the media here on Tuesday, he said, “Politicians are rarely seen wearing masks, especially while delivering speeches. This can lead to droplets falling on the people around them. The virus spreads through droplets and wearing a mask is the only way to prevent it,” Dr Rao said.

Former Health Minister Eatala Rajender, who is gearing up for the upcoming elections in Huzurabad, is already on a padayatra with BJP workers, while YS Sharmila, president of YSRTP, has announced her intention to launch her padayatra three months from now. BJP State president Bandi Sanjay Kumar has also declared a padayatra from Bhagyalaskmi temple in Old City to Huzurabad from August 9, the day the Quit India Movement was launched in 1942.

Dr Rao further said that the use of masks had fallen to just 40 per cent in crowded areas of Hyderabad and that post-lockdown activities were organised with zero physical distancing. He added that the second wave was still not over. “We have around 3,000 odd Covid-19 cases in the hospitals. We are still in the second wave and the people who are partaking in religious and political activities must be cautious,” said Dr Rao. 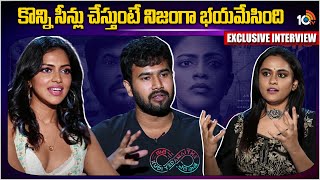 Malik Star To Lock Horns With ‘Pushparaj’ In August!