Bigg Boss Telugu season 5 is one of the much-awaited shows on Television. The show, which was expected to be launched in May, was postponed to August due to the second wave of COVID-19.

Ahead of the show launch, several names of big celebrities are going viral on the internet claiming that they will be taking part in the show. RX100 girl Payal Rajput was also included in this rumour list.

Now, the young actress has cleared the air about her entry to Bigg Boss next edition. She took to her Twitter handle to trash rumours on her presence in season 5.

Taking to Twitter, she wrote, “I’m not going to be a part of Big boss 5 Telugu. It’s a fake news… it’s a humble request please don’t drag such rumours! #bigbosstelugu5.”

On the work front, Payal Rajput will next be seen in the Tamil film, Angel. Directed by KS Adhiyaman, the film is bankrolled by Rama Saravanan under his production studio OST Films. Prashat Kishore is all set to work for TRS?? 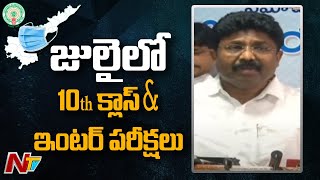 AP Intermediate & 10th Exams will Be Conduct On July Says...