Suriya‘s critically acclaimed film ‘Soorarai Pottru‘, which was released directly on an OTT platform, received a lot of appreciation from the audience and critics alike. The film, which had earlier selected at the nominations for Oscars this year, has now joined the Panorama Section of the Shanghai International Film Festival (SIFF) 2021.

As per reports, the Shanghai International Film Festival will take place this year from June 11 to June 20. Apparently, Soorarai Pottru is the only film from South India to achieve this feat.

‘Soorarai Pottru’ is helmed by Sudha Kongara. The film is based on the life of Air Deccan founder GR Gopinath, where the director presented the movie well with combined fictional elements.

Suriya’s top notch acting was loved by everyone as he displayed a majestic performance. GV Prakash Kumar’s energetic music made the film more powerful. Jointly produced by Guneet Monga’s Sikhya Entertainment and Suriya’s 2D Entertainment banners, the flick became one of the most-watched Tamil films on Amazon Prime Video. 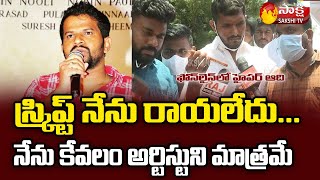 BJP to welcome Rajender Eatala into its fold today