The microblogging site Twitter and Narendra Modi led union government has been at loggerheads over the new IT Rules introduced by the government, to regulate the social media platforms, OTT platforms, and digital content.

However, it is said that the social media giant took a backstep and expressed its willingness to comply with the new rules. In a letter, Twitter reportedly asked some more time.

Twitter reportedly said that it is making efforts to comply with the new rules and for this, a nodal contact person and a resident grievance officer were appointed already and a chief compliance officer will be appointed very soon.

The social media giant gave the impact of the Covid-19 pandemic on the world as a reason for the practical problems in making the arrangements to comply with the guidelines issued by the government.

“The global impact of the Covid-19 pandemic has made it more difficult for us as a practical matter to make certain arrangements necessary to comply with the guidelines within the stipulated time-frame,” Twitter observed.

The Centre announced new IT Rules earlier in February this year. The rules came into effect in May. The rules are issued to regulate social media platforms, streaming platforms, and platforms that stream digital news.

The “Information Technology (Guidelines for Intermediaries and Digital Media Ethics Code) Rules, 2021” says that the platforms should chief compliance officers so that the new rules are followed.

The nodal officers will deal with coordinating with the law enforcement agencies. All the special officers should be from India. 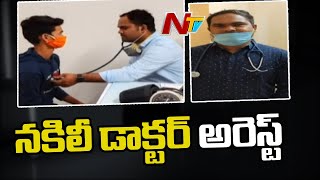 Meet Goofy Sai Pallavi Posing Along With Her Squad!