HYDERABAD: Would you invest in a social media app where users cannot upload pictures or videos, where you cannot type any text, where nothing remains after the moment passes – without scope to like, re-tweet or share, or even join by downloading it if you want? Unlikely.

But Twitter reached out to California-based Alpha Exploration Co, founded by Paul Davison and Rohan Seth, for acquisition at a valuation of $4 billion, which the firm turned down.

The app whose beta version was released on Android recently, namely Clubhouse, is currently open by invite-only. It is audio-only, which is being touted as the next big thing, and has become the hottest “talk of the town” app.

The audio app allows users to create or join voice chat rooms where users are discussing everything under the Sun.

Users can join in any discussion room of their choice, either silently listen to the ongoing conversations or add their own two cents to any debate, with permission from the moderator(s). Users also have a choice to seamlessly switch between discussion rooms.

T. Namrata, 33, an app designer from Gachibowli, Telangana, who has been using Clubhouse regularly ever since downloading the app on her phone two weeks ago, said, “The application is helpful as it offers lots of information on diverse topics through audio discussions held in multiple chat rooms. I easily jump in and out of chat rooms without having to notify or disturb anyone.”

Namrata said she learned about the app through Twitter, where her friend posted an open invite. She said unlike Zoom and Google meeting apps that only allow employees, friends in a group or employees working in an organisation, everyone is welcome to Clubhouse rooms.

Kiran, 28, marketing professional, has been using the app for over a week and finds it fruitful. A regional head for a popular private firm, he has been hosting debates on topics ranging from politics, gender, sexuality, international relationship and Indo-China wars, among others.

“Since I have to communicate with people from diverse backgrounds professionally, the Clubhouse chat rooms are of help to me. I feel confident and learn a lot when great speakers talk on a topic and provide it a new dimension.”

Kaali Sudheer, art curator and film producer, among the first from Hyderabad to join this, started a club called Hyderabadi adda. He along with his friend Anuj has been hosting several debates around the city’s culture, food etc and said, “Clubhouse is nostalgia and addictive. It is like good old radio, where each one of us can run our own station. People listen, speak, meet and become friends. Just speak or just listen.”

Many users say the rapidly rising popularity was due to its user privacy. “Conversations are not recorded and vanish immediately after any meeting gets over. Absence of face-time, enables even introverts to communicate easily and put their point across.”

Political parties too are quickly realising the immense possibilities the platform provides. Users are already discussing politics, and in all languages. There are several Telugu rooms where everything from politics of Telangana and AP are being discussed, besides food and Tollywood.

Congress leader Dr Sravan Kumar Dasoju, arguably Telangana’s first politician on Clubhouse, said, “It is a fascinating app, which allows politicians to listen to people across the social spectrum and geography, with varied professions, age and political views. It can be a great feedback tool.”

The tool saw its popularity soar in the lockdown atmosphere. Several Hyderabad users participated in serious discussions to light-hearted banter. Teenagers, vexed with the ongoing pandemic, binge watching and other platforms, created rooms like ‘just shut up’, I love Chiru’, ‘I hate Covid19’ and ‘How many licks does it take?’ etc.

“The magic of this app, which will be a giant soon, is its human voice. Text is impersonal, while voice holds magic and touches humans. Unlike zoom, you don’t have to put on your makeup and have a lovely background,” adds Sudheer. “The app brings a greater sense of emotional connect than any other.”

“In the days to come, most significant political debates will be on Clubhouse. If 2014 was decided by Facebook and Twitter, surely, the Assembly polls of 2023 will be decided by Clubhouse,” added Dr Dasoju. Did Suriya Rope In Another Telugu Director After Boyapati? 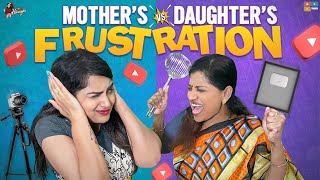