Advertisement
Home News What’s behind the lowest polling percentage in the Parishad polls??? The lowest percentage of polling in the recent Parishad elections now became the talk of the town. Generally, polling in rural areas records over eighty percent of polling. But in the Parishad polls, the polling percentage was limited to only fifty percent this time. In some districts, the polling reached up to sixty percent. The boycott of the Telugu Desam Party elections is believed to be the main reason for the declined polling percentage in the elections.

It seems like the Telugu Desam party voters were not interested in polling this time. In many places, TDP leaders have been in the fray against the chief orders. Political pundits are of the view that if the political parties do not look into this matter and make changes in their policies, the trust which they have in a system will result in the weakening of the same system. Inside News: Not shelved! Nagarjuna hurt with the rumours Though we are not in favour of Lockdown, we had to... 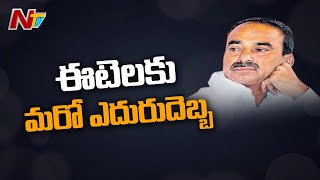