Etela Rajender being dismissed as the Home Minister, and being dismissed from the Legislative assembly, by the Telangana Rashtra Samithi, and by Chief Minister KCR, shook the entire state, and made things very tense in the internal affairs of TRS. Etela was removed from his post after allegations that he hand forcefully captured lands belonging to a few SC, ST community people.

Etela also resigned to his MLA post just yesterday and is all set to join the BJP tomorrow, on Monday, in the presence of BJP National President JP Nadda, in Delhi. With this, Etela’s chapter in the TRS has come to a total close, but throughout all of this, there’s been one contact surprise, and that is the silence of KTR in this issue. When Etela’s conflict with the TRS first began, KTR had tested positive for coronavirus and was under home isolation initially. Later on, he moved to the hospital, where he received treatment for the same, and then returned home.

While KTR was suffering from Coronavirus, his Twitter account was also silent. It is very well known that KTR is very active on Twitter, and he’s very active in every aspect relating to TRS and makes decisions in every sector. This is understandable, as KTR is like the acting CM and the Working President of TRS. This is why it is more than shocking that he chose to not comment on Etela’s matter till now. It is now being said that KCR has advised KTR to keep silent on the issue, and not to make a single comment on it. It is being said that KTR’s silence is a strategic plan by KCR. 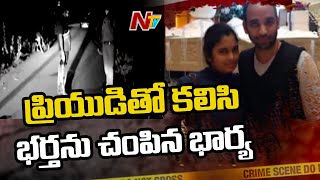