Have you noticed that Rahul Gandhi is a changed man? Yes. In 2019 election, his looks and approach were different. But for the elections to the five states that are going to polls, Rahul Gandhi is sporting a different look.

He is only wearing T shirts and is trying to look younger. Though 50 years of age, he is now trying very hard to look younger and fitter. In recent times, he joined a youtuber who cooks marine fish in a cooking session. Then he swam in the sea with the fisherfolk. It is during this tour that he showed his rippling abs and ensured that mediawomen pointed this out to the whole country singing swooning paeons. Now, he went in another tight-fitting, curve-exposing tee shirt to a school, where he did pushups as if to show his physical prowess. Those in the know say that Rahul Gandhi is trying to project himself as a youngman and wants to win over young, non-committed voters in both Kerala and Tamil Nadu.

In fact, only in Kerala, Puducherry and Assam, the Congress is in the first or second position. In Tamil Nadu and West Bengal, the Congress is on a much-weaker footing. One needs to wait and watch how Rahul Gandhi dresses himself in these states, which are less urban compared to South India.

War of words between Irfan Pathan and Kangana Ranaut over Palestine...

Buzz: Chiranjeevi, Balayya and Venkatesh in the Dussehra race 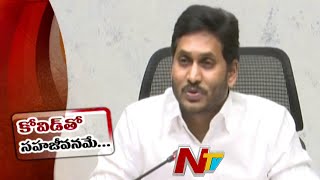